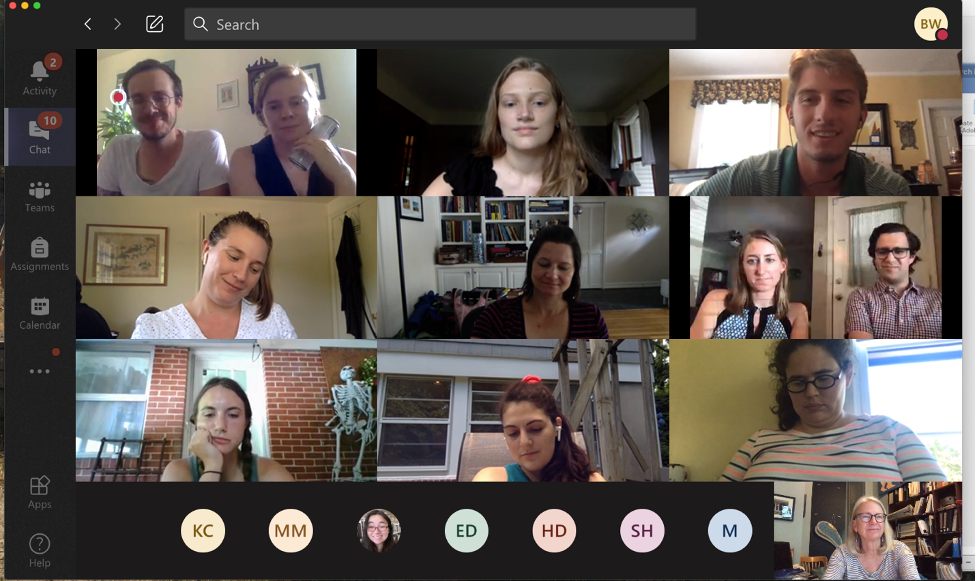 It was a deep disappointment not to work in the Sanctuary of the Great Gods on Samothrace during the 2020 field season. Fortunately, we were able to postpone our excavation permit. We will not lose a year of excavation and field research, which is a great relief.

We took advantage of the field hiatus to work together virtually from 15 June to 15 July. Some 50 team members—scattered across 10 time zones—met daily, using the Microsoft Teams platform. Owing to the enthusiasm and work ethic of our team, we were able to maintain our research momentum, train students for future field work, and benefit from the participation of our many experts who would not have been able to join us full-time in the field.

As on site, we worked in teams centered on excavation, architecture, finds, and survey, collaborating frequently and holding weekly meetings to share each team’s progress. An added highlight was the series of mini-lectures organized by Ashley Eckhardt, with experts sharing their material with the students.

For the publication of record on the monuments in the vicinity of the Nike Monument, Samothrace 8,I, we worked intensively in the region of the Stoa, the largest building in the sanctuary, which was excavated in the 1960s and 70s. Led by Ashley Eckhardt, the finds team came to terms with the massive amount of material (nearly a quarter of all objects found in the Sanctuary!) by plotting the original trenches and position of objects. The architecture team, led by Sam Holzman, worked on the design of the Stoa’s roof. Excavation, headed up by Andrew Ward, and survey, led by Michael Page, organized their data and planned for the 2021 field season.

Stoa excavations of the 1960s and 70s, with the trenches of each year color-coded. ©American Excavations Samothrace

The 2020 Samothrace virtual season coincided with the reopening of the first hall of the Archaeological Museum of Samothrace. Even though we could not be on the island to celebrate, we did produce a video to accompany the exhibit. It features the 3D reconstructions  of the site, which aid modern visitors in understanding the rich but largely disassembled remains in the adjacent sanctuary. Ian Burr created the animations and Konstantinos Tzortzinis of the American School of Classical Studies produced the video, including its evocative fade-ins showing our reconstructions over the ancient remains. Dimitris Matsas and Maggie Popkin developed the captioning. 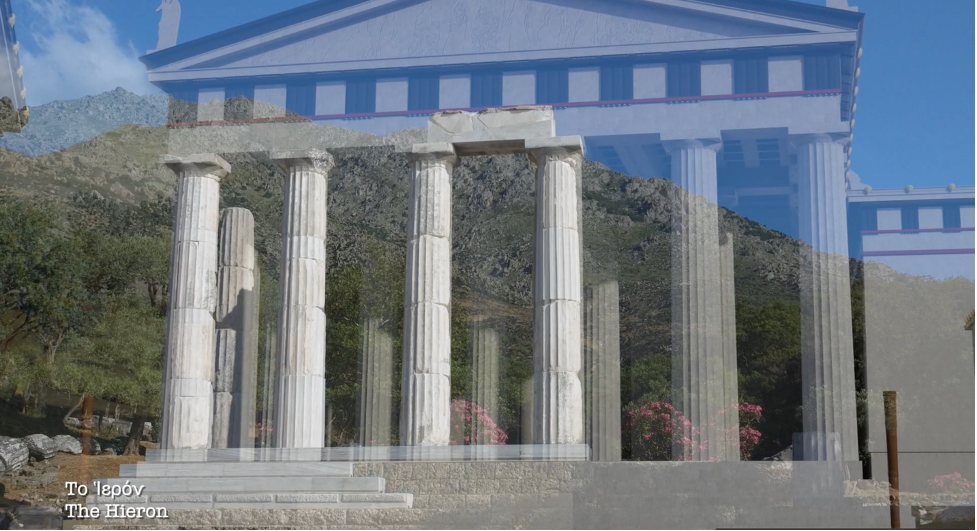 Fade-over from the actual state to the reconstructed region of the sanctuary, made for the opening of Hall A of the Archaeological Museum of Samothrace. ©American Excavations Samothrace.

In additional good news, we won a Loeb Classical Library Foundation Grant for our upcoming work on the ancient wall, and a grant from the MacDonald Iliad Endowment for Archaeological Research. Archaeological Institute of America, for an investigation of Samothrace and the Northeastern Aegean in the late Bronze Age.

For more on the virtual season or the reopening of the museum, see