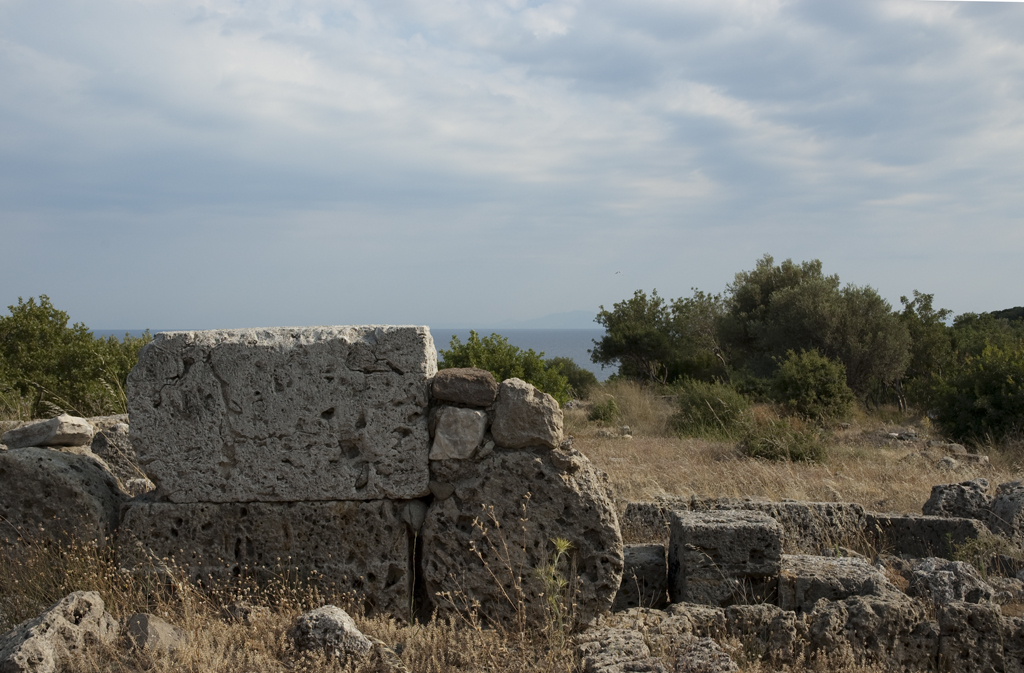 Centuries after the cult of the mysteries had been abandoned and the Sanctuary of the Great Gods had fallen into disrepair, the area was reoccupied.   During the tenth century A.D., Byzantine inhabitants constructed a roughly square, unroofed military fortification with towers along the north and south corners.  The erection of this defensive building along the northern terrace of the Western Hill covered the unfinished Building A and the foundations of three smaller Hellenistic buildings, reusing spoiled marble and sandstone blocks from these much earlier structures, as well as blocks from other buildings in the vicinity, including the Stoa, Neorion, and Milesian Banquet Hall.  The builders of the fortification used cement to bind these materials as needed. The fortification seems only to have served a military purpose for about 100 years, and it was later repurposed as a domestic building with the construction of additional walls. Although 19th and early 20th century investigators of the Sanctuary were careful to preserve the ancient structures, the Byzantine fortification suffered intentional destruction in the quest to recover the ancient materials imbedded within it.