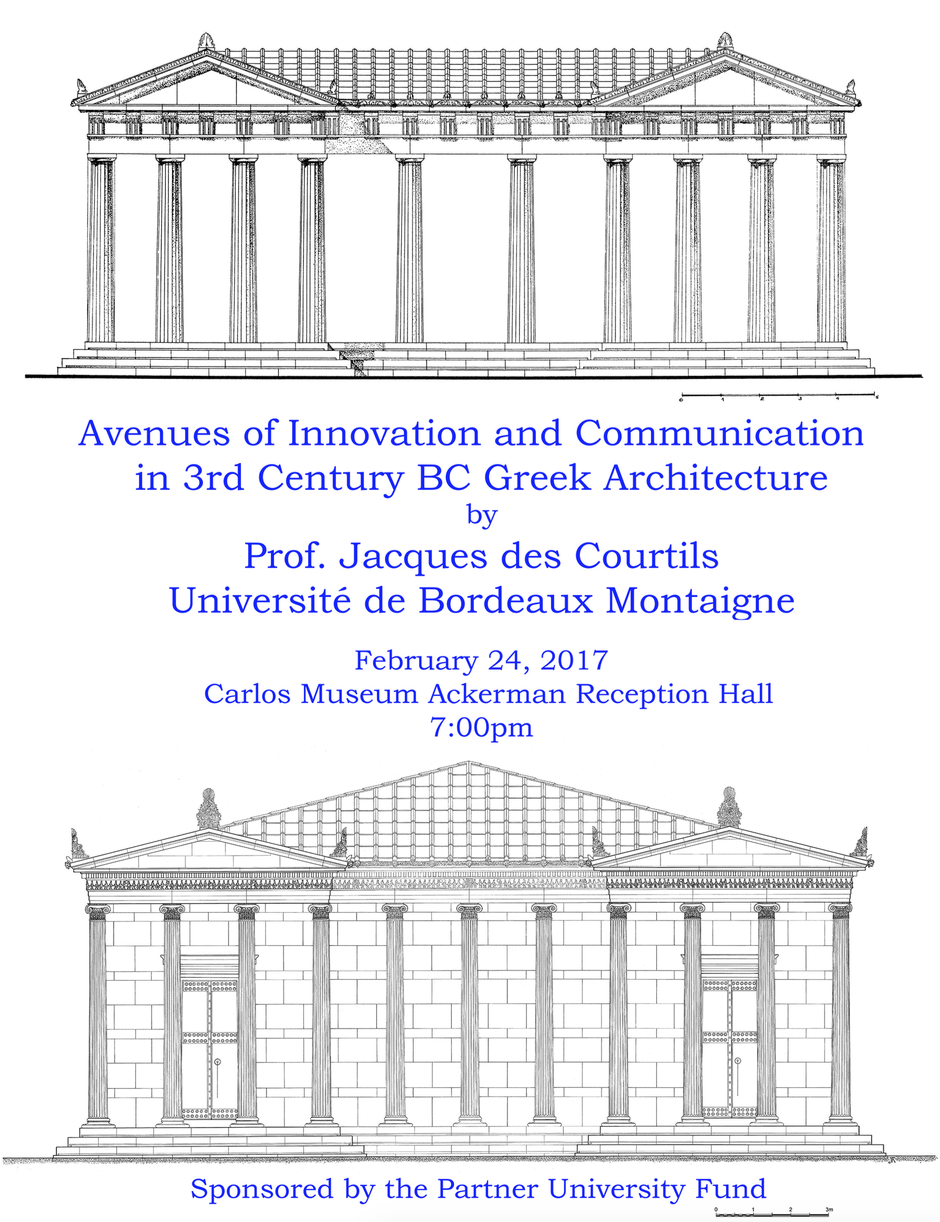 Classical architecture—one of ancient Greece’s most tangible and enduring contributions to world culture—was transmitted through the innovative designs forged in the tumultuous Hellenistic world and exploited by Roman builders. Two small but significant islands in the northern Aegean—Thasos and Samothrace—played a transformative role in this process. Supported by the Partner University Fund, Emory University and the Université de Bordeaux Montaigne have joined forces in a research project to investigate “Northern Aegean Architectural Networks and the Formation of Hellenistic and Roman Design.” 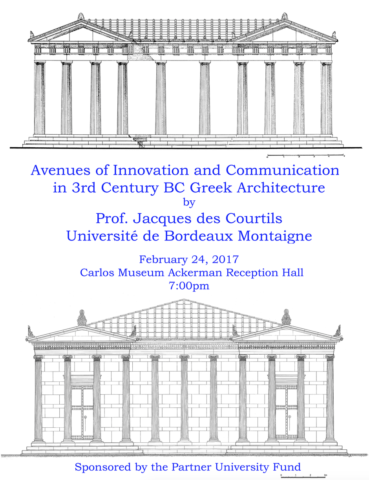 In this colloquium, professors and graduate students involved in the French-American research partnership, “Northern Aegean Architectural Networks,” will present papers on their current research. Presentations will include the study of design, architectural decoration, architectural dissemination, ancient techniques of construction, and innovative technologies for understanding the ancient material world. This colloquium is sponsored by the Partner University Fund. Participants include: 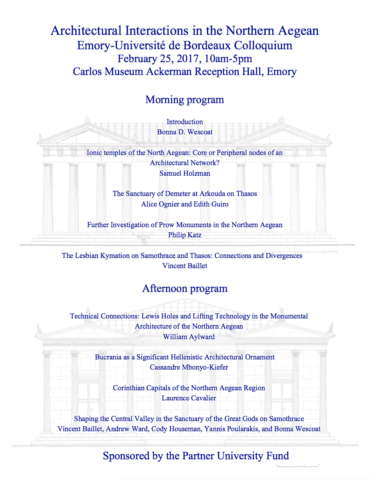