Click the ▼ to view the reports for the Samothrace project. 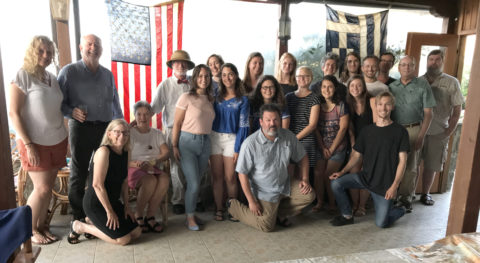 In accordance with permission granted by the Ephorate of Antiquities for Evros and under its supervision, excavations in the Sanctuary of the Great Gods in Samothrace were carried out by the American team under the auspices of the American School of Classical Studies at Athens and sponsored by Emory University and the Institute of Fine Arts, NYU, between the 2 July and 8 August 2018. During the 2018 season, excavation and research centered on the monuments in the western region of the Sanctuary anchored around the famous Winged Victory: the Stoa, Nike Precinct, and Theater. 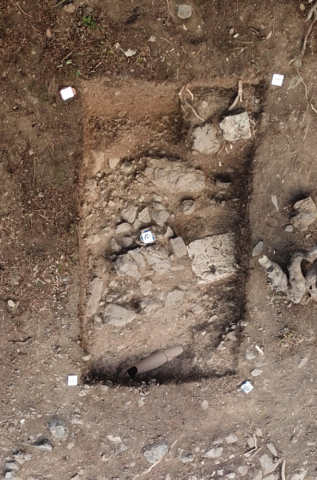 Excavation of the Theater

Although extensive remains of the theater were exposed in the 19th and early 20th centuries, visible traces had all but disappeared by 1937. During the 2018 campaign, which consisted of surface cleaning and excavation in five trenches, we relocated the key features exposed during the French-Czech excavation in 1923. Remaining foundations define part of the perimeter of the orchestra, eight rows of theater seats, and four staircases. Small fragments of the brightly colored red rhyolite and white limestone seats, as well as the socle for the diazoma wall, also remain in situ. The remains of a large terracotta pipe, c. 0.25m in diameter, that ran beneath the floor of the diazoma, forms part of a network of conduits in the region, which also run behind the Nike Monument and to the Stoa.

During this campaign, we were not able to determine the position of the analemmata and thus the full extent of the koilon. However, the elevation and diameter of the orchestra as well as the position of the diazoma provide essential evidence for the reconstruction of the terrain and monuments in this region, particularly the Nike Monument and the Altar Court.

Finds from the region included small fragments of plaster that originally decorated the Nike Monument.

Work continued on the publication of the Stoa, the largest building in the Sanctuary and the only major monument constructed entirely in local dolomitic limestone, quarried from Akrotiri near the port city of Kamariotissa. Careful surveying indicates the entire krepis sloped at a continuous rate of 1:100 from south to north. Although previously dismissed as settlement, we have now determined that the slope was intentional, with modifications made in the colonnade, north anta, and north entablature to adjust for the inclination. Finds recovered during the excavation of the Stoa in the 1960s are being prepared for publication.

Monuments on the Stoa terrace

The terrace east of the Stoa was a magnificent place of display for large scale dedications. While the Nike Monument was the grandest and the Doric column monument of Philip V the best preserved, a full inventory of the seven known monument foundations and the highly fragmentary marble remains suggests that the terrace also accommodated an Ionic column monument, several orthostate monuments (the longest of which extends over six meters), likely a pillar monument, and many smaller monuments in a wide array of imported marble types. 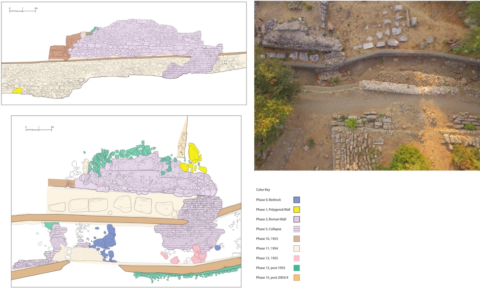 The photogrammetric models made in 2016 and 2017 of the channel of the main torrent that runs through the center of the Sanctuary, along with the plans and elevations documenting the phases of construction and destruction, proved an invaluable resource for assessing the damage caused to the channel during the catastrophic storm of September 25-26, 2017. Sections of the ancient Greek boulder retaining wall of the south end of the Sanctuary suffered the greatest damage, while parts of the Roman concrete and rubble wall known in the 19th century were once again revealed on the west side of the channel. New photogrammetric models were made of the altered areas. This documentation will serve as the basis of a full archaeological investigation of the channel scheduled to begin in 2019, in conjunction with work to improve control of storm water running through the Sanctuary.

We completed the classification of the local rock types used in the construction of the buildings within the Sanctuary and have produced a coded plan of all extant blocks in situ in each building. Several of the varieties can be directly associated with ancient quarries on the island, particularly at Akrotiri and on the northern coast. 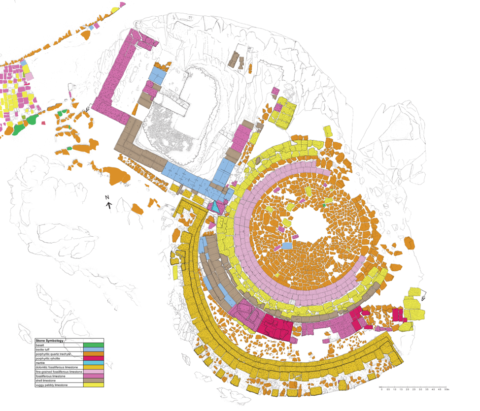 Conservators worked in collaboration with Greek colleagues to assess the damage caused by the catastrophic storm of September 25-26, 2017, particularly in the region of the central torrent within the Sanctuary that suffered the greatest damage. Implementing plans to achieve long-range solutions for controlling storm water and maintaining visitor safety along the contiguous paths are the highest priority. Conservators also worked on preparing the Stoa pottery for publication, on creating photogrammetric models of plaster components belonging to the architecture of the Nike Monument, and on preparing objects for the display in the newly renovated Samothrace Archaeological Museum.

Additional projects centered on the further development of the 3D digital model of the reconstructed Sanctuary and the database of aerial photography, as well as an investigation of the metrology of Samothracian architecture. 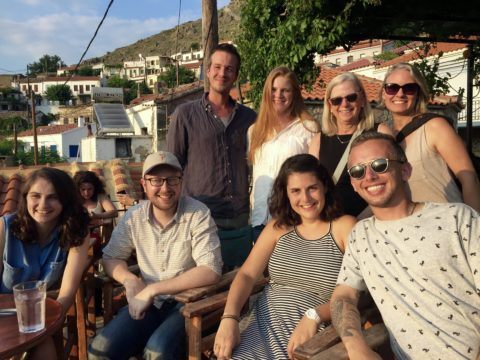 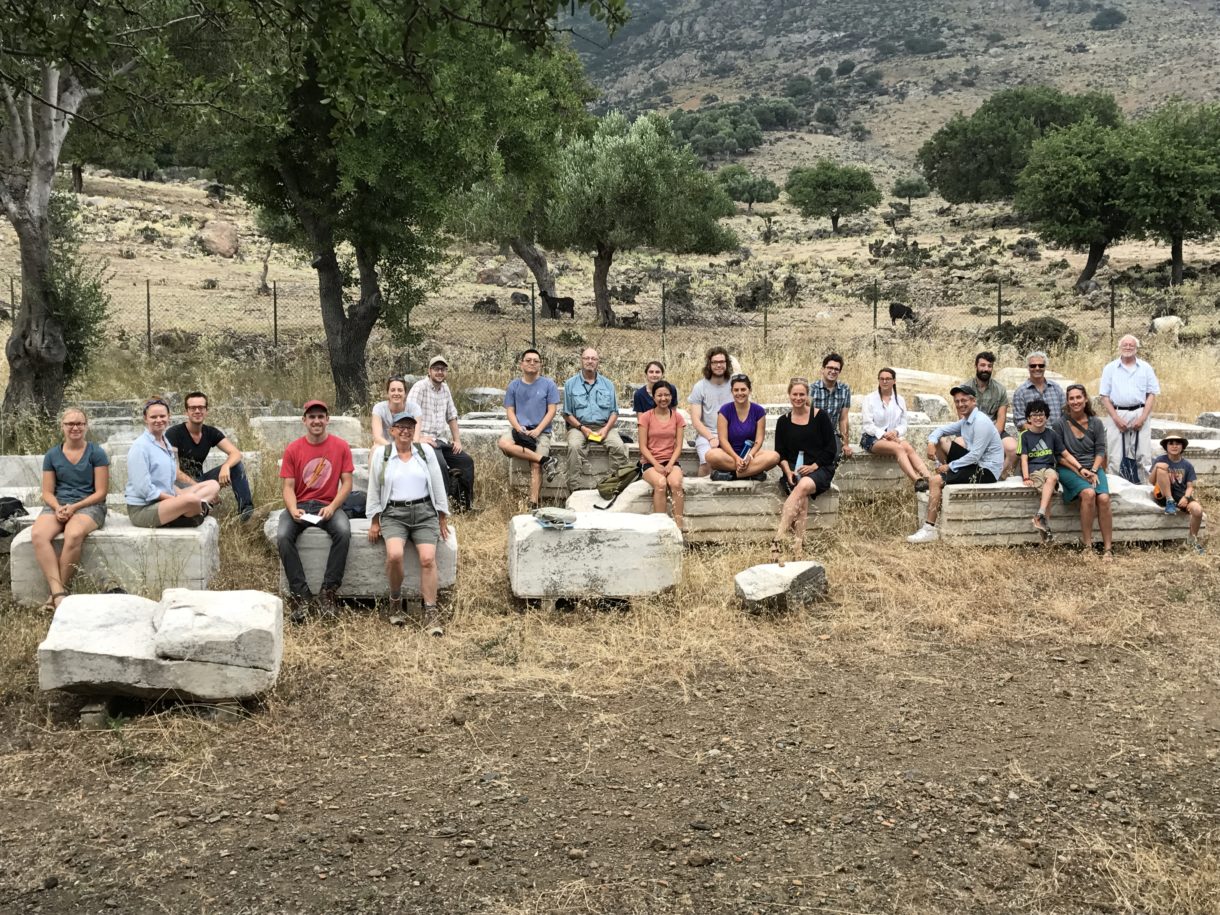 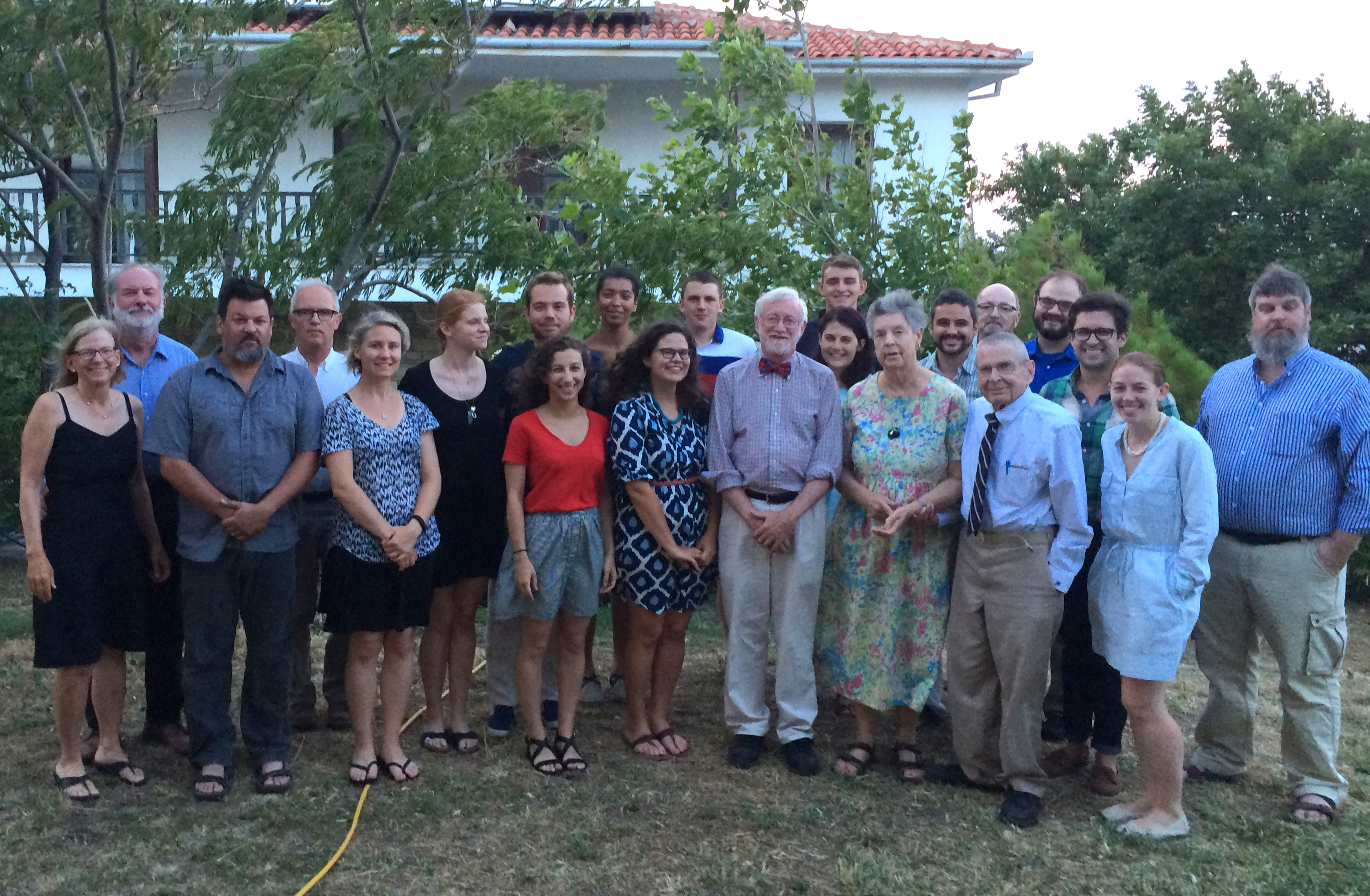 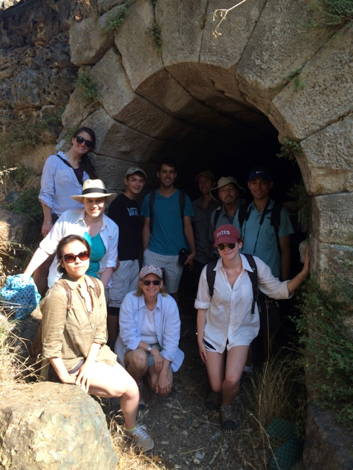 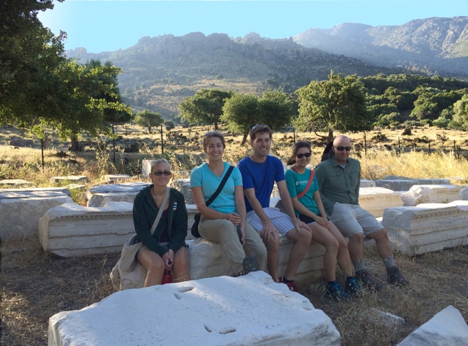 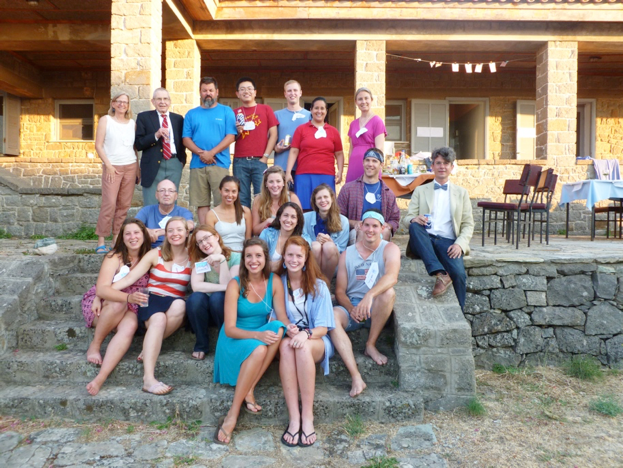 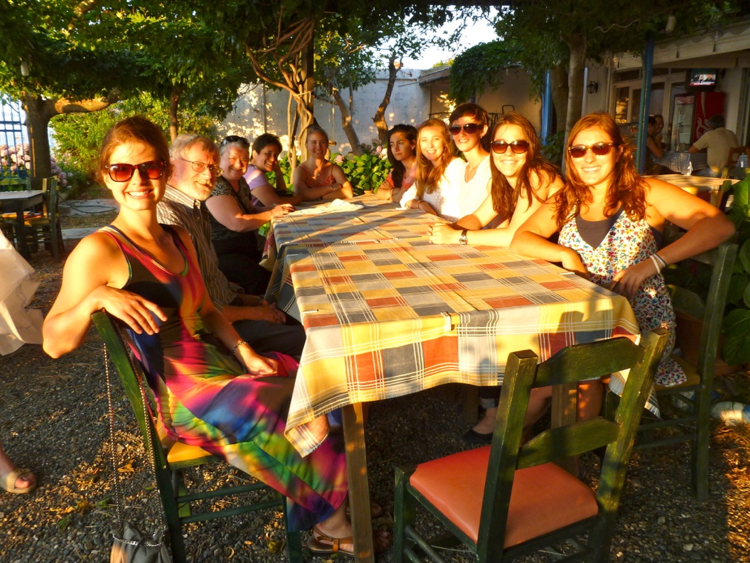 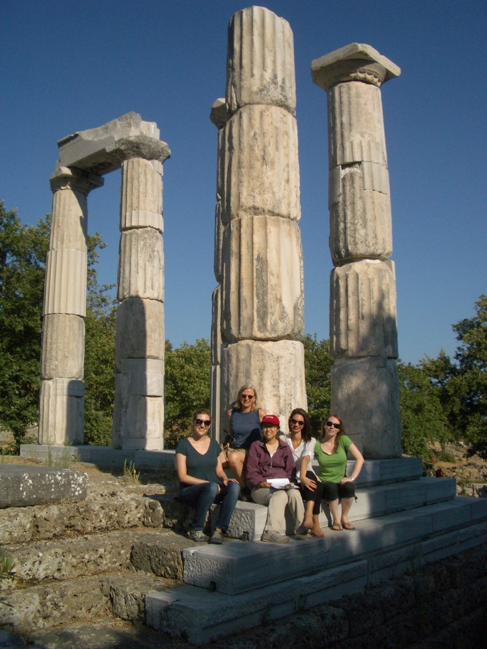 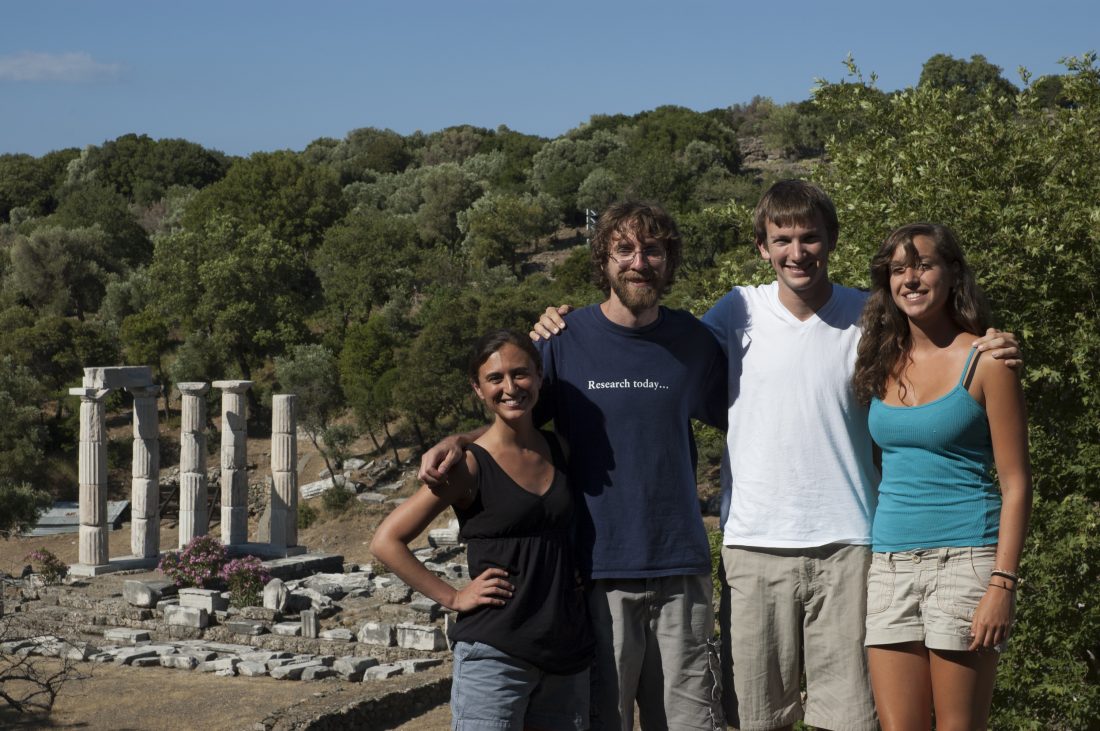 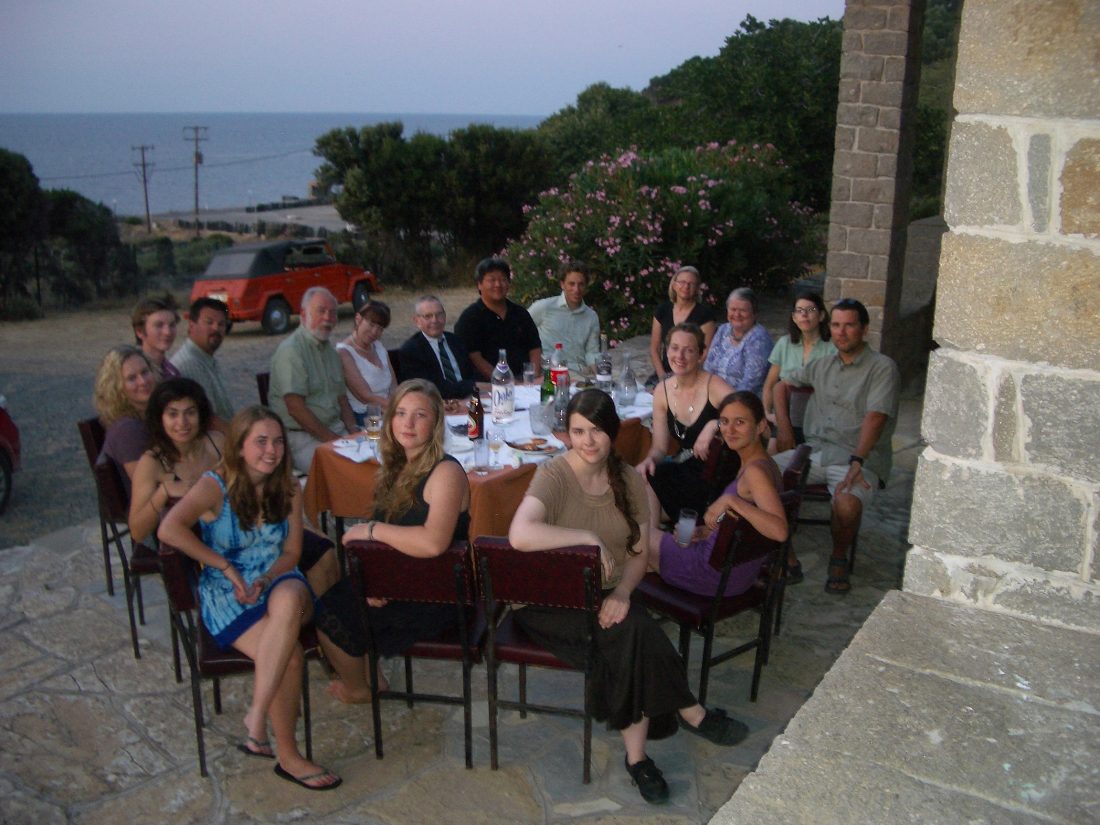 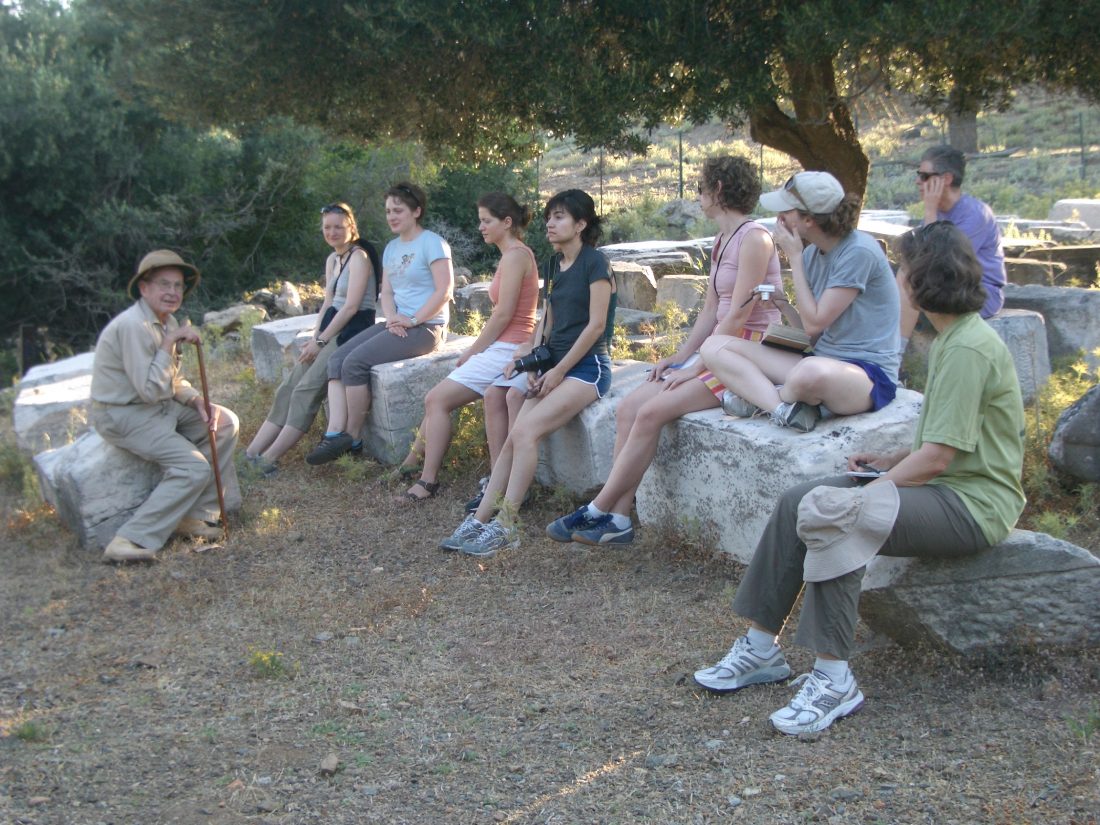