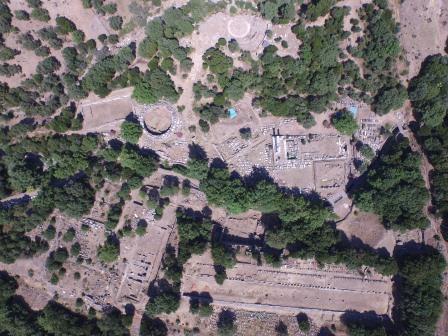 The 2015 Samothrace survey team has been very busy capturing data throughout the site to help spatially locate a number of buildings and geographical features. This year, we used several new technologies to improve our understanding of the site. For the first time in Samothracian history, we captured aerial imagery using an aerial robot. Unfortunately, the aerial robot encountered some technical difficulties, resulting in its decommissioning for the remainder of the season. However, we did get some great photos and videos of the sanctuary before then and look forward to its use in future seasons!

Aerial photo of the sanctuary

Another exciting resource this season is the ability to capture 3-D videos and still photographs using 3-D cameras. We documented various monuments and geographical features throughout the site with the cameras. This imagery will be useful for future site management by documenting the current state of various elements in three-dimensional space. 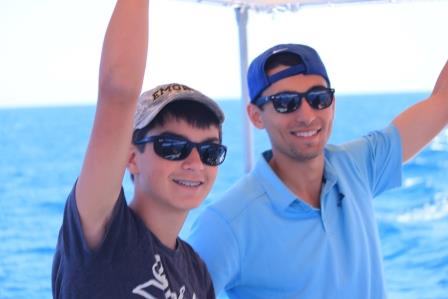 Stay tuned for some fantastic underwater footage when the survey team took the 3-D cameras under the sea exploring a potential ancient quarry site off the Phonias shoals! 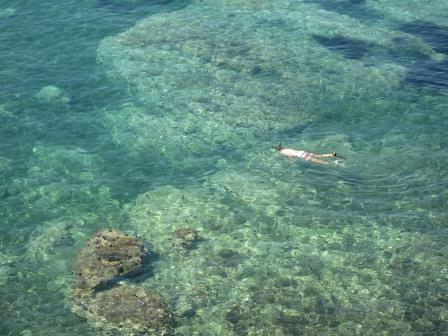 In addition to these thrilling new technologies, we continue to survey in the traditional manner using a total station to capture geolocation data. We also continue to employ photoscanning software for 3-D modeling of specific features on the site. 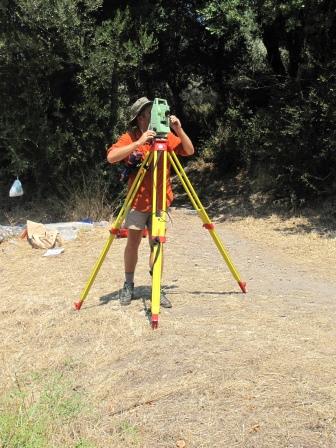 The main focus of our survey work this season has been exploring how the two main streams in the sanctuary ran through the site in antiquity. Consequently, we have been capturing large amounts of data in the central and eastern ravines through survey, photoscans, and 3-D imagery. As part of this project, we investigated a possible Roman bridge that spanned the central ravine. Using survey data and photoscans of the bridge remains, we hope to determine what the original bridge might have looked like in antiquity. 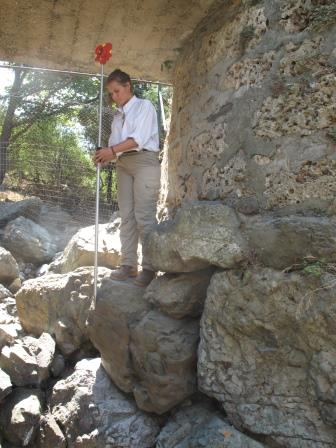 An unexpected but extremely beneficial project conducted early in the field season was completing the survey of every visible block of the orchestra of the Theatral Circle, which had recently been cleaned. The stalwart survey team logged numerous hours in the sun to capture this data and those efforts will enhance our understanding of this very important architectural feature. 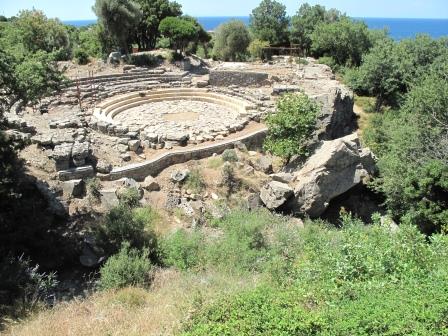 What do we do with all this data? Much of the survey data captured during this and recent field seasons has been used by our architect to create a current state plan of the sanctuary, documenting the current condition of both the monuments and the geographical features of the site. The 2-D and 3-D imagery assists in site management, providing a clear record of what the site looks like in 2015, for comparison in future years. Such data will allow future teams to assess which areas of the sanctuary are most in need of attention. Further, this information places monuments and geographical features within their geospatial location, creating an accurate site plan and helping us understand how the sanctuary looked in antiquity and how people would have moved through it.