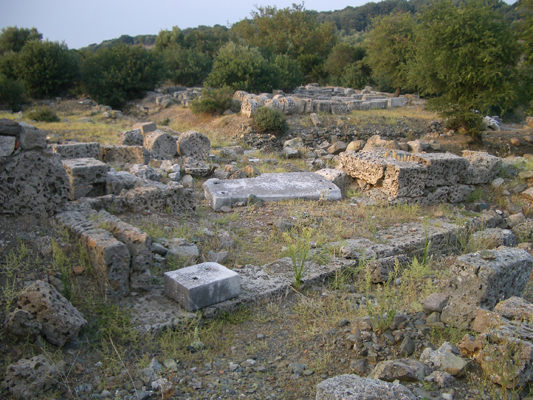 Three relatively small, rectangular buildings made of local sandstone are aligned along the western perimeter of the Sanctuary, north of the Stoa on the Western Hill and west of the large unfinished Hellenistic structure (Building A) of an earlier date.  The northern two buildings (1 and 2) faced each other, while the southern-most building (3) was oriented toward the south.  Building 1, the largest, had a hexastyle prostyle porch, most likely of the Doric order.  Building 2 had a porch composed of two columns in antis.  In Building 3, pillars rather than columns formed the two supports of the façade.  In scale and design these three buildings resemble treasuries found at other Greek sanctuaries such as Delphi, Olympia, Nemea and Delos.  However, their function at Samothrace remains uncertain. 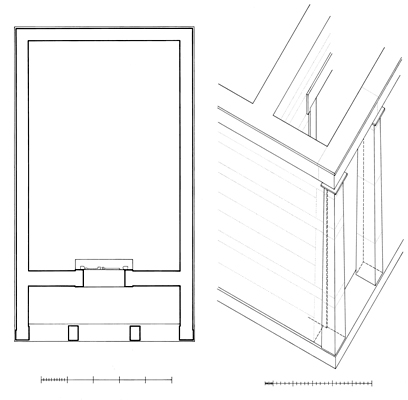