A New Hope: Fragments of Marine Limestone and the Nike Precinct

One of the biggest enigmas surrounding the famous Winged Victory of Samothrace is where she was located.  Her precinct – the original area where she was located – is perched on a high terrace at the extreme southern point of the Sanctuary of the Great Gods.  This position gave her a commanding presence, looking down over the theater and into the central sanctuary area with the Hieron and Hall of Choral Dancers.  What remains unclear, though, is what the structure around her originally looked like. 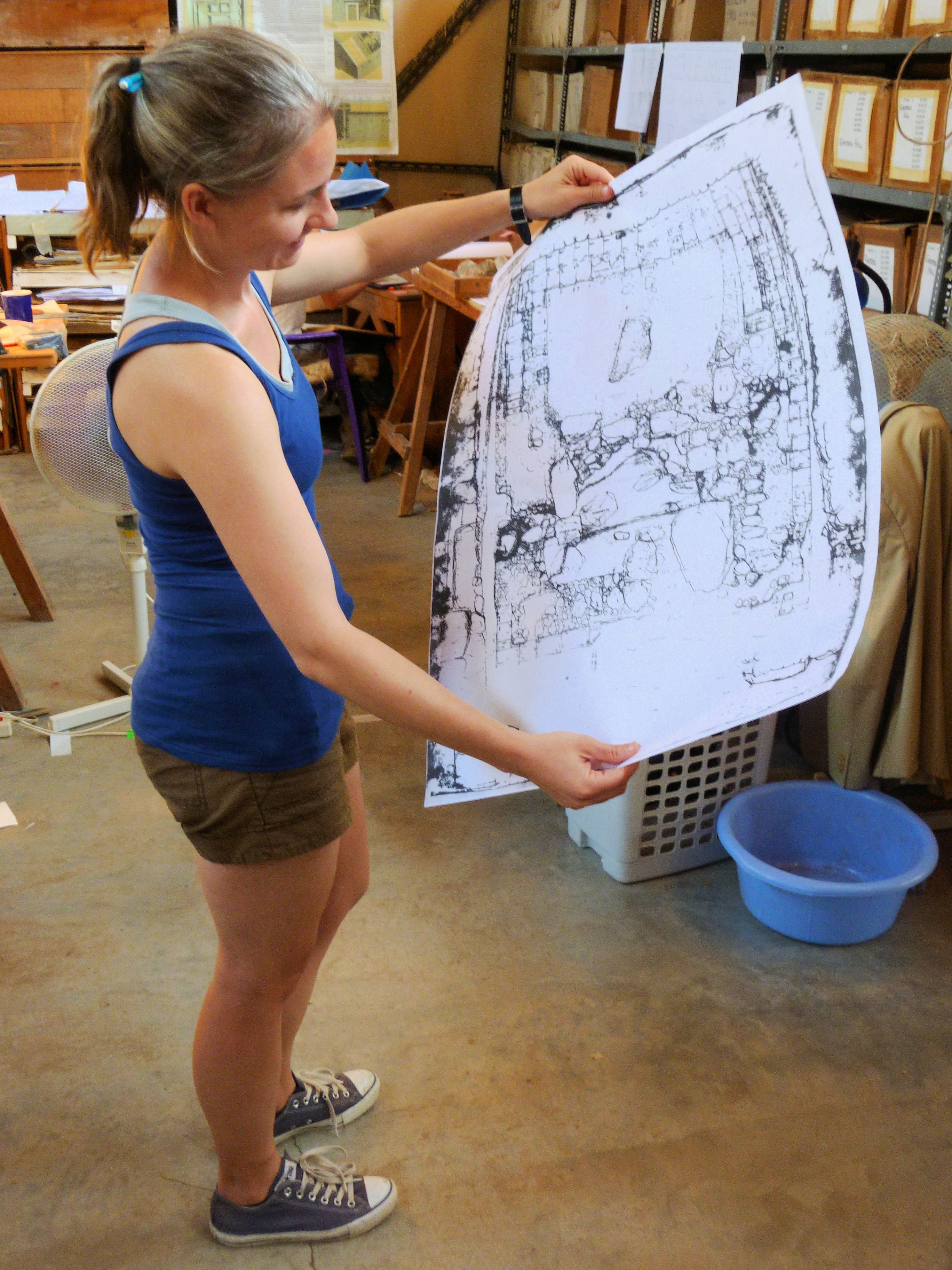 Jess examines the 1950’s plan of the precinct

One of our goals this summer is to determine if the Nike was housed inside a large roofed structure or if she was exposed, open to the air, and surrounded by a peribolos or fence instead.  In order to determine this, we must carefully evaluate the material remains of her precinct.  Jess and I started by “expertising” over 20 boxes of fragments of fossiliferous marine limestone, the material that was used in the Nike precinct. 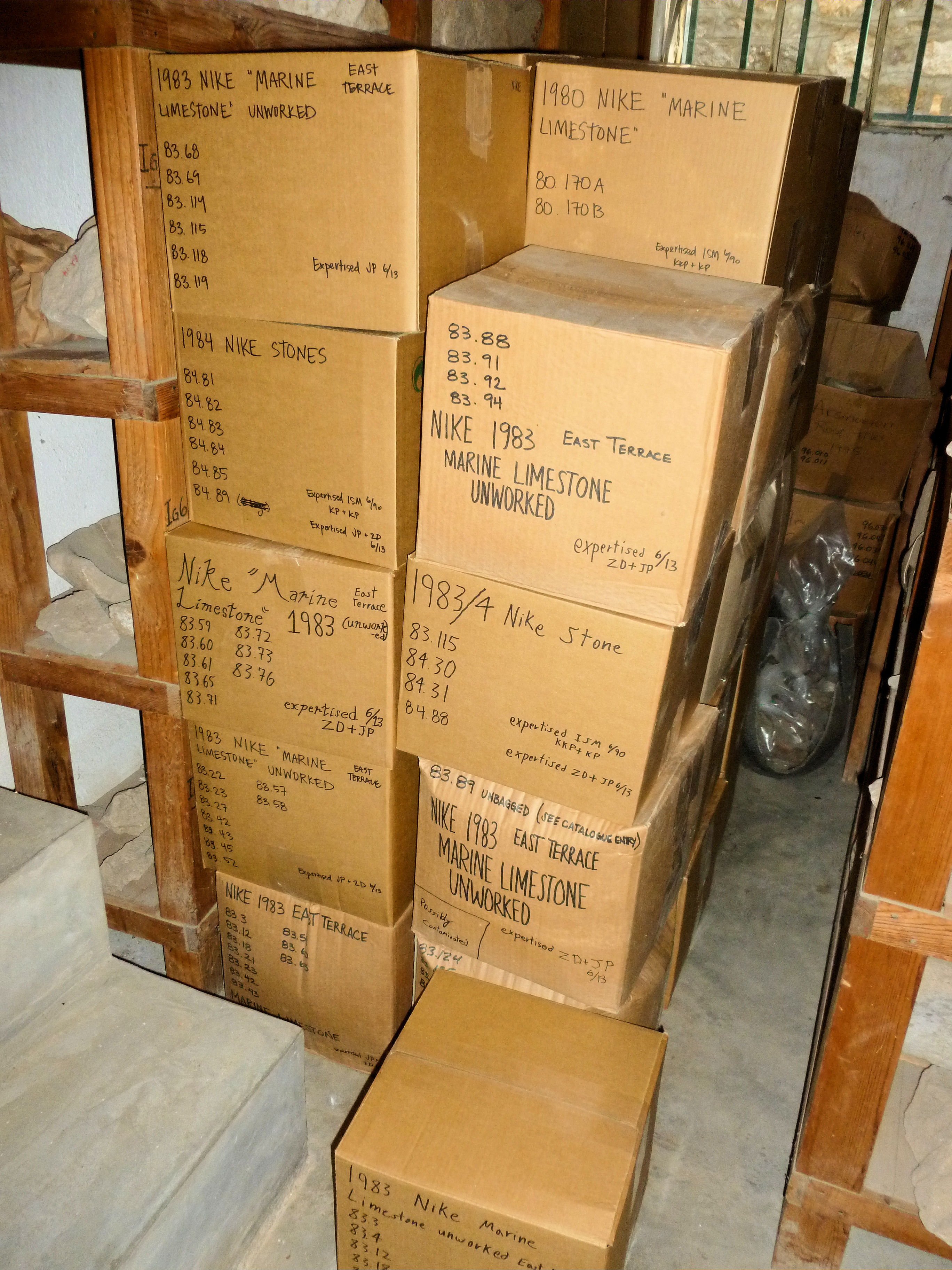 This meant unpacking and examining every single piece of stone that was collected by the excavators in the 1980s, in order to see if there were any fragments that might provide clues for what her structure looked like.  Marine limestone is quite friable and crumbly, so many of the fragments do not survive in good condition and this can make reconstruction difficult. 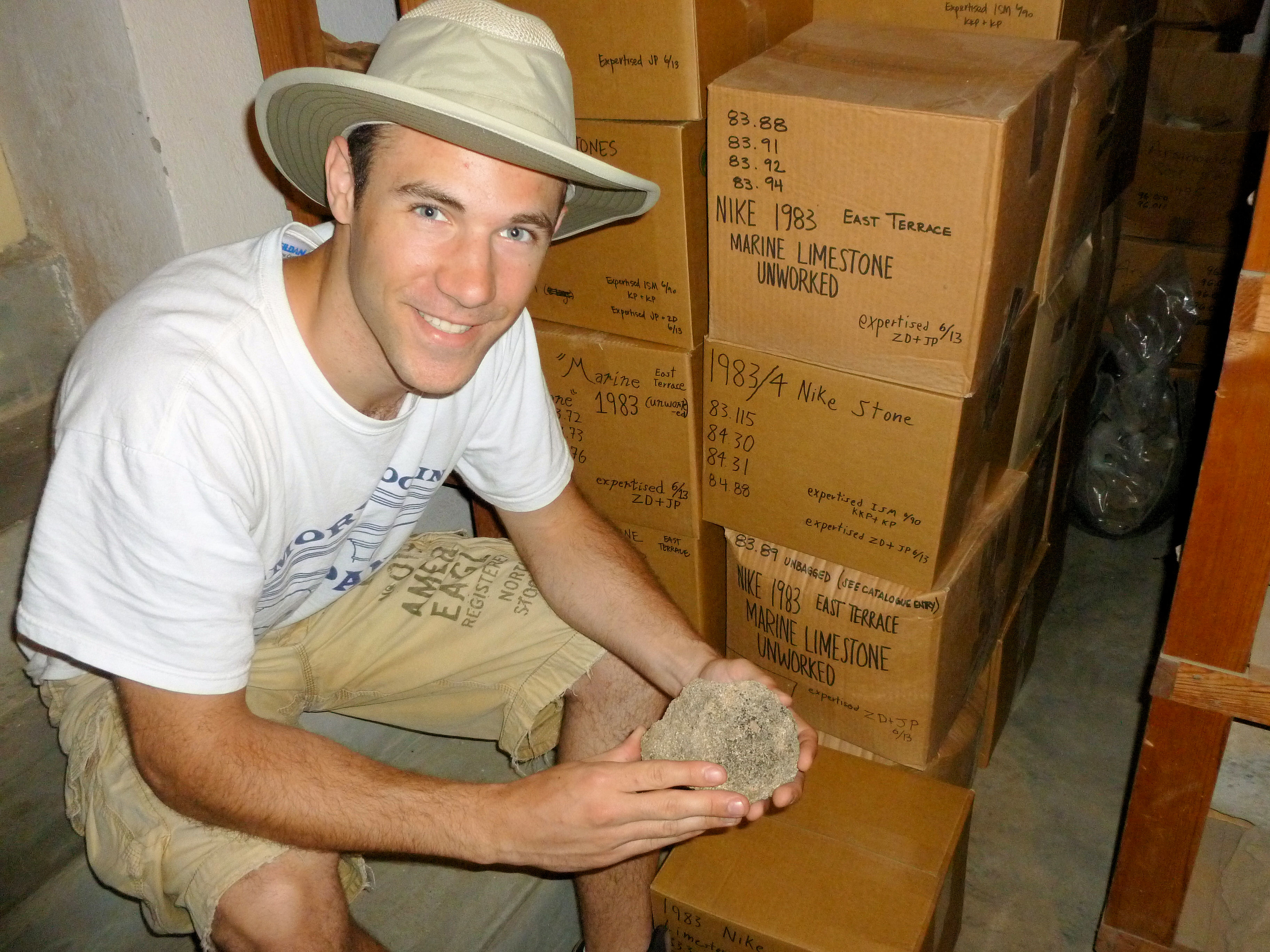 Many of the pieces of this marine limestone seem to have been reused in other areas around the sanctuary.  One likely target was the Byzantine industrial complex that was built on top of the Neorion, or votive ship dedication.  We are in the process of examining this structure and inventorying the possible pieces of the Nike precinct.  It’s also been fun to read the excavation diaries from the 1980s, when they were excavating the Nike area, as well as the area around the Neorion and Byzantine complex.  This has helped us understand what the different areas looked like two decades ago, and how the buildings were originally revealed and studied. 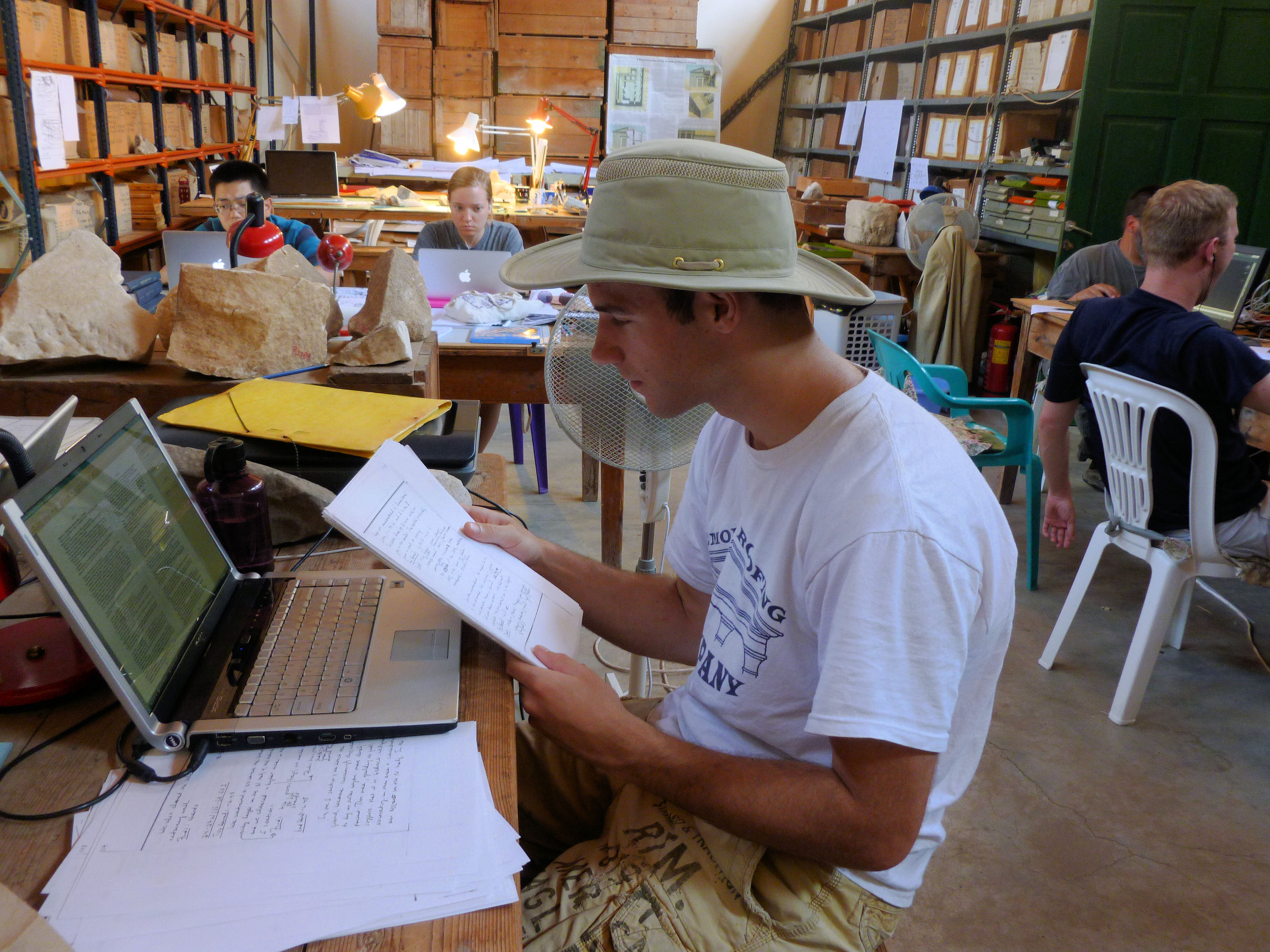