Anastelosis of the Hall of Choral Dancers 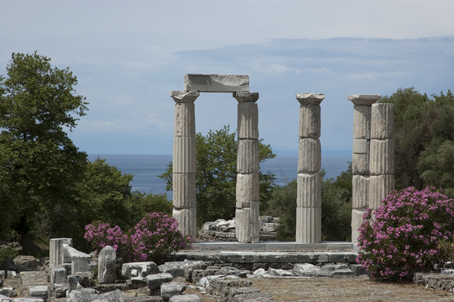 Archaeologists don’t usually dig up standing buildings.  Instead, we unearth individual blocks and attempt to fit them together, first on paper and, when possible, in a physical reconstruction.  Parts of the sanctuary’s Hieron (above) were lovingly restored in the 1950s.  This summer, our team is investigating whether it will be possible to

reconstruct sections of other Samothratian buildings.  Architectural conservation is no small effort, and there are several steps in the process. Here is a look at the (possible) reconstruction of the Hall of Choral Dancers, Gloria’s and my favorite building in the sanctuary.  The Greek word for this type of reconstruction is anastelosis (a combination of ana = again, and stelóo = to erect).

1) The Hall of Choral Dancers was first investigated in the 1870s. Today, its pieces are scattered throughout the site, museum and various storerooms.  Some pieces were reused on Samothrace during the Byzantine period and, in the19th century, some blocks even found their way to Vienna.  Our first step for the reconstruction was to determine which section of the structure was best preserved.  For the Hall of Choral Dancers, we chose the southeast corner of the building.  We decided to focus on the entablature, the portion of the building above the columns.

2) We next poured over architectural drawings.  Over the years, our team has included amazing architects, especially the late John Kurtich, who used the unearthed blocks to determine what the building must have looked like. In the beautifully-rendered drawings, we could see exactly which block must have topped which, and which pieces were missing upon excavation. 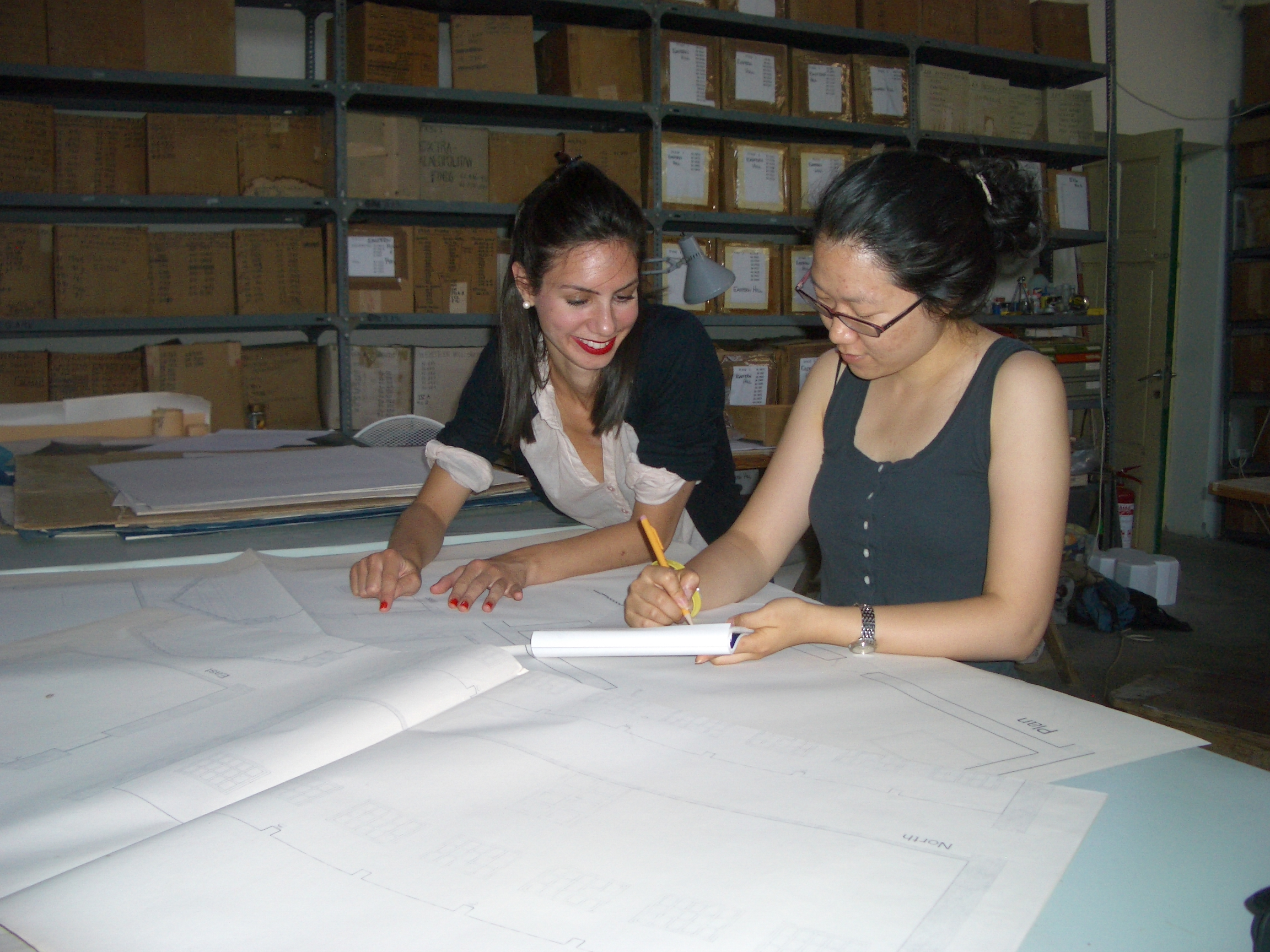 Gloria and I inspect architectural drawings

3) We made a list of every block we would need (each block is numbered) and located their places in the storerooms.

4) We went up to the site and examined some ancient blocks whose precise original locations had not yet been determined. GATech grad student Myrsini identified a corner piece of the epistyle, one of the very pieces we were missing for our anastelosis.

4) We provided a packet of architectural drawings, photographs, block numbers and locations to our colleagues in the Greek Archaeological Service.  They picked these up today!  In the coming weeks, they will determine whether reconstruction of the southeast corner entablature of the Hall of Choral Dancers is feasible, and if so, exactly where it should be stand.

Hopefully, the reconstruction will work out, and we will get to see at least small part of