Yesterday after work, Abi, Hugh and I went down to the Ancient Harbor, which is not too far from our hostel. We walked down the road halfway and then dropped off our stuff on the rocks of the shore and swam the rest of the way. When we finally got to the collapsed harbor, it was not quite what we expected. Maybe our expectations we too high, maybe we were expecting a city under the sea, similar to Atlantis? Silly us. There were no golden halls or shipwrecks. However, the fishes were amazing and we even saw a stingray hovering above the sandy sea floor. The harbor was made up of huge slabs of rock that balanced on top of each other. The rocks were covered with sea critters and algae. The sea urchins were out in large numbers as were the small fish that swam frantically away from our feet. The water was very cold yet bearable and swimming through the surrounding sea life was a remarkable experience. We swam for quiet some time until our legs were tired and ouzo hour had come and gone. We made the slow trek back to the hostel. Hugh, Abi’s brother, had to be carried part of the way because of his lack of footwear. Once we made it off the harsh rocks and onto the road we set him down.

The ancient harbor wasn’t what we expected but it was beautiful all the same. We hope to go back again soon. 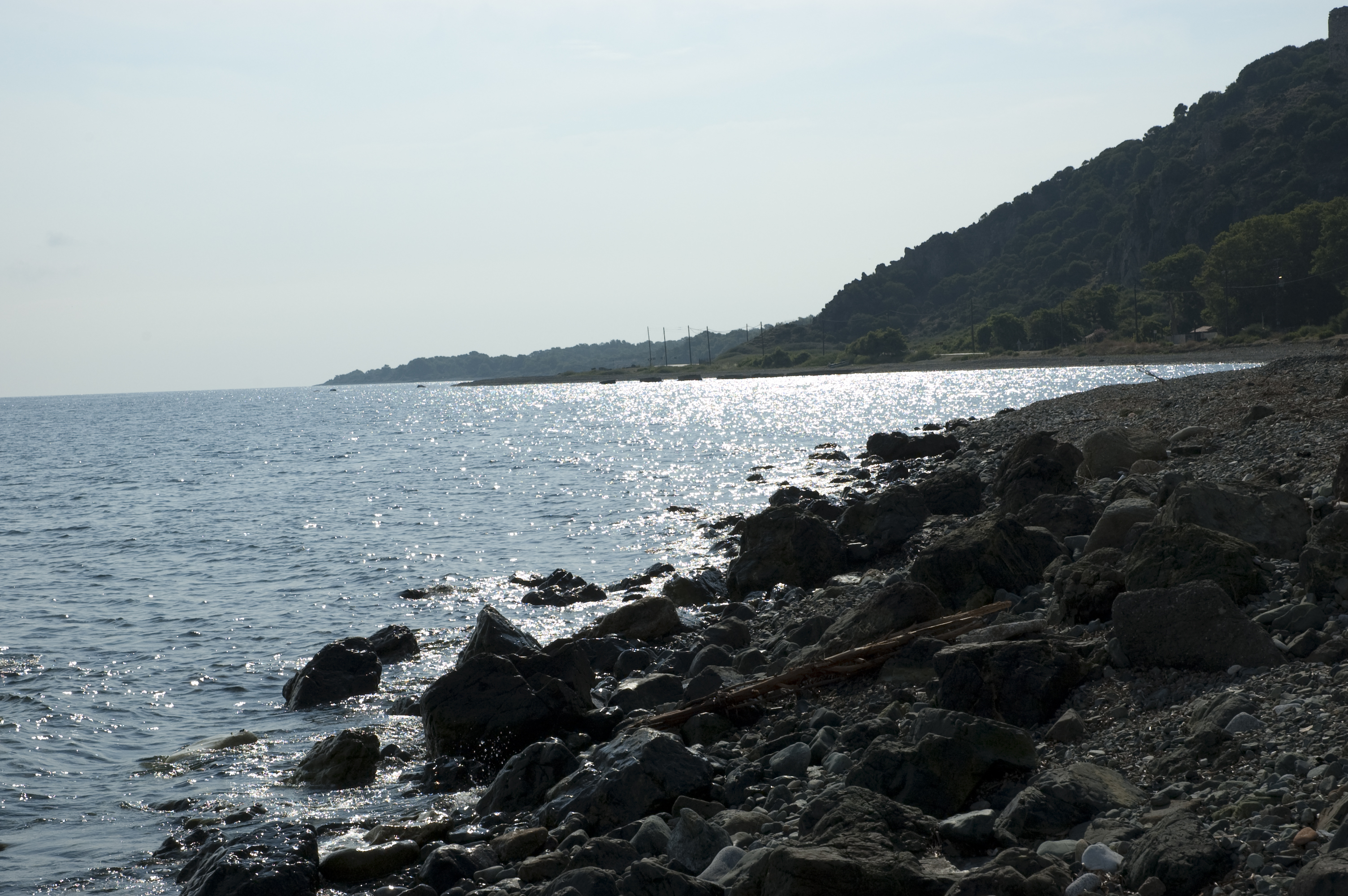