Imagine that you are standing outside and someone hands you a broom and tells you to sweep. How do you know when you’re done?

During our first week on the island, Bonna, Jess, Abi, Alison, and Vikki spent a morning cleaning the Nike Precinct to prepare the area for a gigapan photograph. Gigapan is a technology that allows us to take one large photograph which covers the entire area in great detail, which is useful because it lets us study the building when we are back in the United States.

The first thing we did was to start clearing away the plants and weeds that had grown over the winter. We did this with trowels and pruning shears. There were some pretty serious spiderwebs to be dealt with too, and those were delicately handled with a large stick, Shrek-style. Alison was given a plan of the building and she inventoried the blocks and boulders that make up the visible remains. 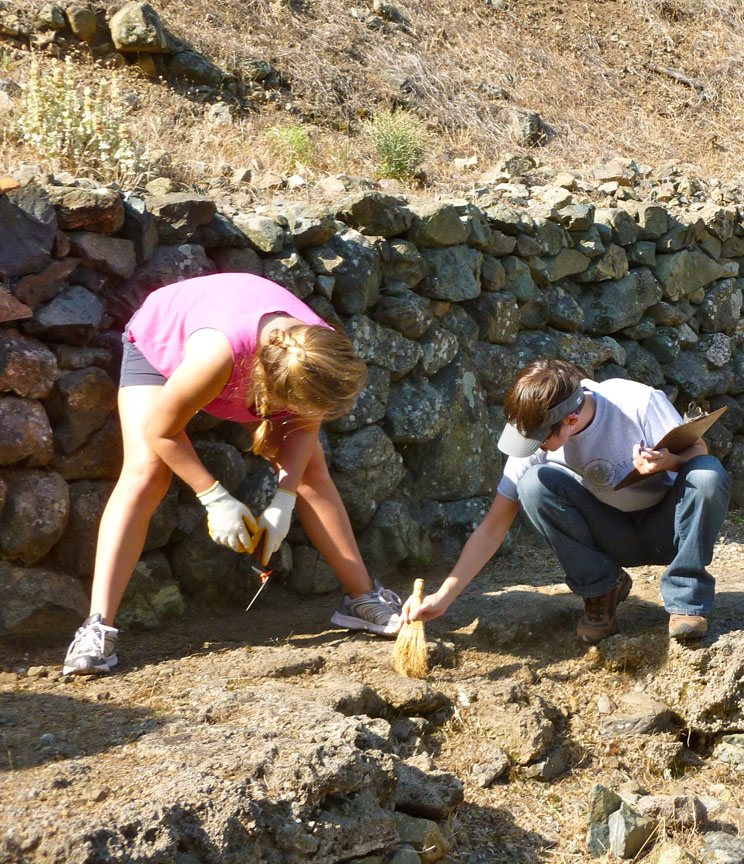 Abi and Alison sweep the rocks

While she was climbing all over the larger blocks, counting and pointing and assessing their locations, the rest of the team was wrangling weeds. This involved lots of clipping, pulling, and sweeping to make sure all of the plants were removed. This is important because when we take the photo, we’ll want to be able to see all of the blocks of the building clearly. 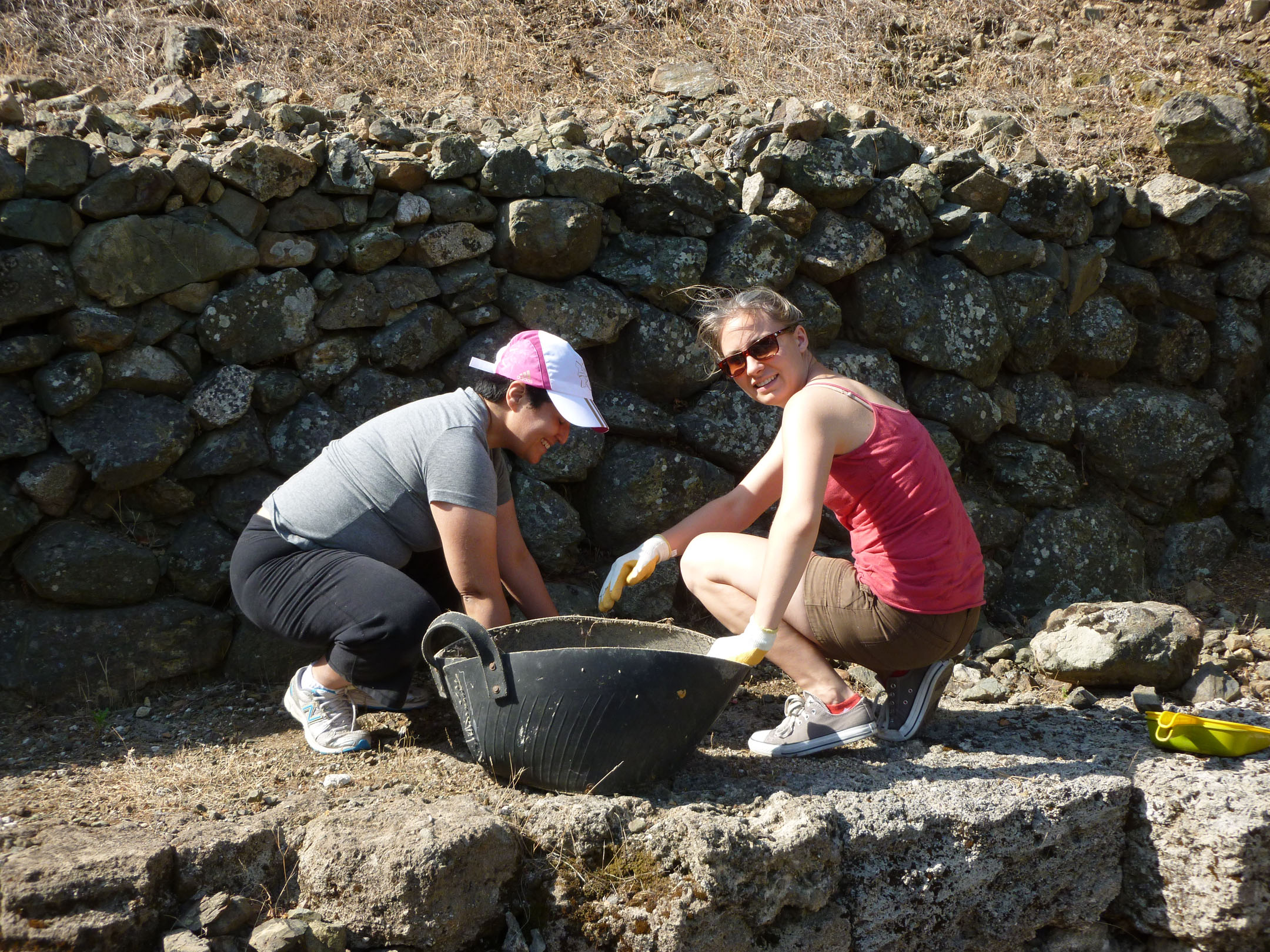 It’s hard to know when a dirt floor is “clean.” You can sweep and sweep for hours and still not be done! By the end of the morning, though, we had made some good progress on cleaning the building. We all came back to the Museum thinking that we had nice tans, but to our dismay, it was just dirt that all washed away! Oh well, we can always go to the beach to work on our tans during the weekend!