As Arielle mentioned previously, we have been tasked to help with the Eastern Hill display for the renovation of the museum.  One category of objects that will be on display is the locally produced Samothracian bowl, otherwise referred to as the conical bowl. Over tens of thousands of bowls have been discovered in various locations on-site; the “mother-load,” as Professor McCredie describes it, was discovered in the Eastern Hill behind the Stepped Retaining Wall. 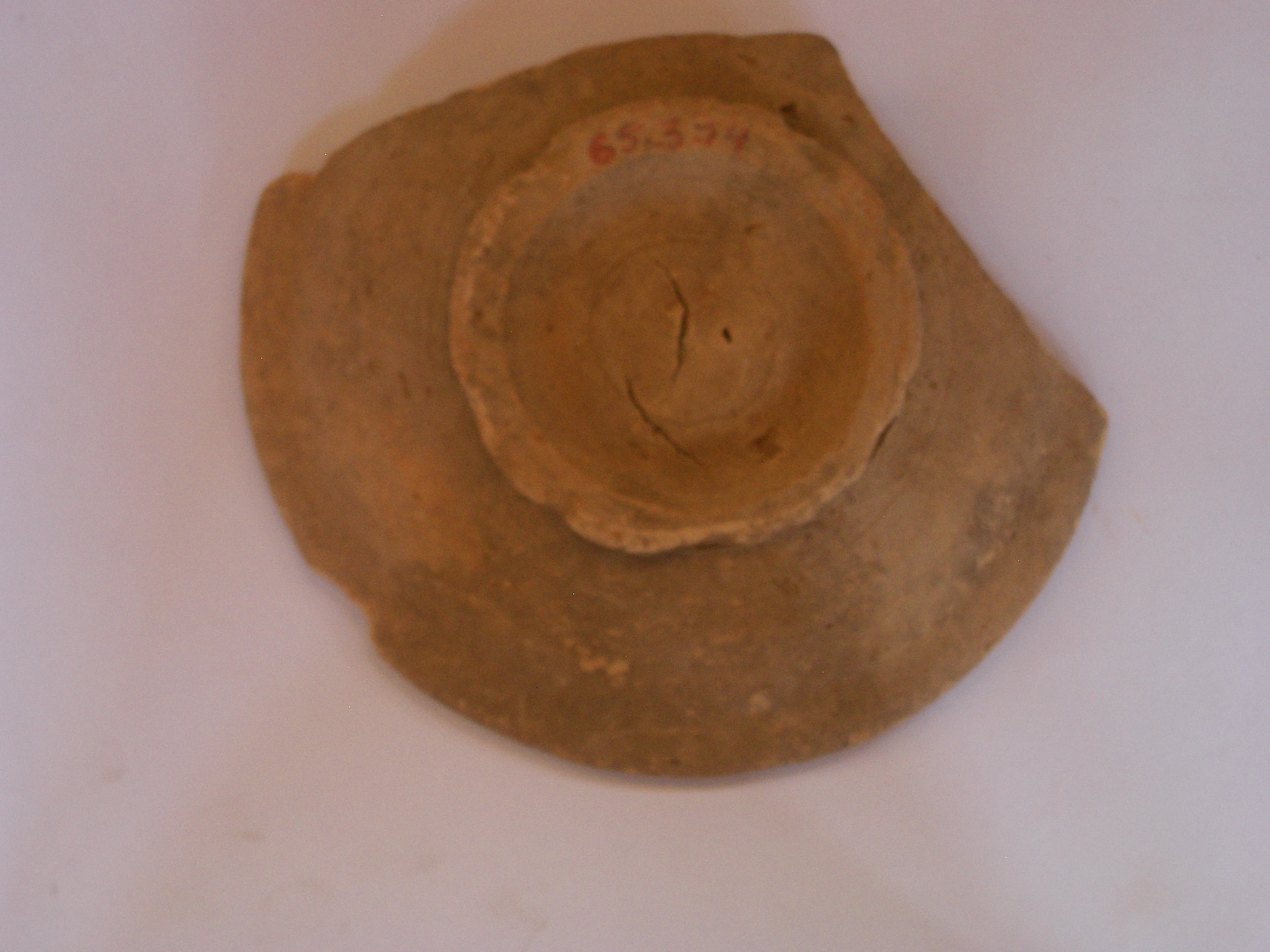 Conical Bowl with Ring-Foot Base

There are two types: ring-foot and string-cut. The former, placed chronologically before the string-cut bowl, has a projecting base, while the latter has a smooth bottom.  Ring-foot bowls are more labor intensive since the potter would have needed to roll and shape the clay, whereas string cut bowls were made by a single swift motion of a string that would cut the clay off the wheel and shape the bottom of the bowl.  Sometimes it is even possible to see the marks of the string on the bowl!

Conical Bowl with String-Cut Base

The small size and wide rim of the bowl is neither conducive to eating nor drinking.  Scholars suggest that the bowls were used for ritual libation and/or ritual dining.  We hope to discover their intended use through scientific research, chiefly organic residue analysis. However, it is possible that the precipitous climate of Samothrace washed away the residue in the bowls, especially if the bowls were used as wine vessels.

These bowls are presumably linked to the ritual of the Sanctuary.  As I have mentioned earlier, the sheer quantity and primary deposit of the bowls in the Eastern Hill is behind the Stepped Retaining Wall, which wraps around the southern part of the Theatral Circle.  It is suggested that initiates would dispose of their bowls after any ceremonial rite that took place within the building.

Their disposable nature undoubtedly fueled the local Samothracian economy, and they were perhaps precursors to, or perhaps the ancient equivalent of, plastic bowls.